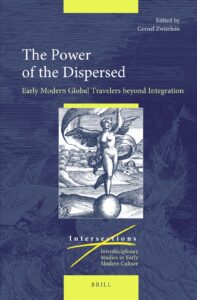 Analysing in detail the writings of jurists and moral theologians trained at Salamanca or at the recently created Spanish American Universities, José Luis Egío shows in his most recent publication how the experience of the foreign lands became increasingly conceived as a criterion of decision in political and religious matters along the modern era. Over time, it became even much more important than the knowledge to be found in books and ancient authorities, to the point that we could properly speak of a “transitional” way of knowledge production -of a hybrid speculative and empirical reasoning- transcending the way of arguing in classical scholasticism. For example, in his Política Indiana (1648), jurist Juan de Solórzano referred more than sixty times to his personal experience on American soil to justify the adoption of criteria contravening majoritarian positions of the scholars of his time. This kind of recurrent occurrences of the concept of experience invites us to rethink his work and the ones of other Spanish American jurists and moral theologians of his time as mere transplants of the European ius commune and the preexistent theological tradition.

This recently published book chapter shows also how in autobiographical writings such as the relaciones de méritos y servicios or specific memoriales (reports), Solórzano and other contemporary figures -namely, Alonso de Zorita, Tomás de Mercado, Alonso de la Vera Cruz, and Antonio León Pinelo, all of them key actors  in the elaboration of the first specific criteria for the evangelisation and government of the American populations under Spanish domination- pointed to their personal experience on the ground as a precious public capital,  using it in order to achieve promotions, offices and pensions.

The text summarised above, published under the title “Travelling Scholastics: The Emergence of an Empirical Normative Authority in Early Modern Spanish America” makes part of the book The Power of the Dispersed. Early Modern Global Travelers beyond Integration. The volume has been edited by Cornel Zwierlein in the Brill Series Intersections. Interdisciplinary Studies in Early Modern Culture   https://brill.com/view/title/55993