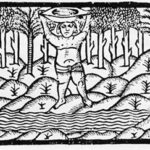 After a several month break, the Colloquium of the research project ‘The School of Salamanca’ kicks off with a presentation by Prof Dr Francisco Cuena Boy (Faculty of Law, Universidad de Cantabria) entitled ‘The School of Salamanca on Slavery: from ius gentium to ius civile.’ Focusing on the theologian-jurists of the School of Salamanca (16th and 17th centuries), Cuena Boy problematises the traditional historiographical account according to which slavery is an institution of the law of nations. END_OF_DOCUMENT_TOKEN_TO_BE_REPLACED 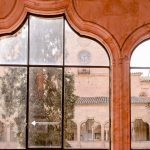 After the summer break, the Colloquium of the research project The School of Salamanca relaunches with the presentation of Dr. Francesca Iurlaro (EUI Florence), “The invention of Custom and the School of Salamanca”. Although formulated in terms different from current lawyers, custom was already present in early modern European debates on natural law and the law of nations. Iurlaro’s research – soon available in the book “The Invention of Custom. Natural Law and the Law of Nations, 1550-1750”, Oxford University Press – retraces precisely the neglected history of the debates on the concept of custom in the ius gentium tradition, from Francisco de Vitoria to Emer de Vattel. According to Iurlaro, the moral-theological writings of important members of the School of Salamanca such as Vitoria, Domingo de Soto, Domingo Báñez and Francisco Suárez should be considered as important milestones in the progressive crystallization of a notion of customary international law.

The colloquium will be held in English.

The colloquium will take place in hybrid form: for a restricted number of participants on-site at the MPIeR and for a broader audience as a video conference. For more information and for a draft of the chapter of Iurlaro’s book we are going to discuss, please send an email to birr@rg.mpg.de. 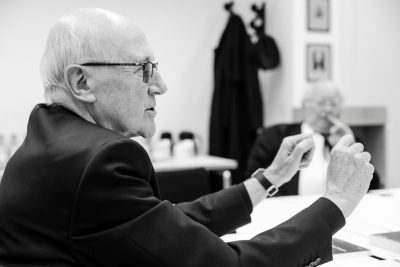 After the introduction to his editing and translation project in March 2019 [https://blog.salamanca.school/de/2019/03/11/salamanca-kolloquium-observaciones-sobre-edicion-critica-de-melchor-cano-metodos-y-subsidios-para-el-trabajo/], Juan Belda Plans will be once again a guest at the Salamanca Colloquium. This time he presents the results of his work in Frankfurt: the completed critical edition of the Relectio de Poenitentia (1549) by Melchor Cano, published in 2020, with Spanish translation.

With his extensive and complex major work De locis theologicis, Melchor Cano layed the foundations of modern dogmatics in theology. A German translation of this work was carfried out from 2006 to 20014 in the DFG project “Melchior Cano De locis theologicis. Critical Edition of the Latin Text and German Translation” by Elmar Klinger, Thomas Franz and Boris Hogenmüller. Subsequently, Hogenmüller edited and translated the Melchiori Cani Vindicationes by the French Dominican François-Jacques-Hyacinthe Serry, published in 1714, with which Serry defended Cano and the Loci against various theological-literary attacks. In the colloquium Boris Hogenmüller will talk about Cano, his work and its reception in the early modern period and thus give an insight into the highly intense theological-scientific discussions of the 16th and 17th centuries. 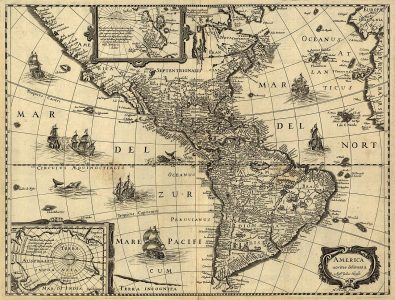 Bruna Franceschini will talk about her doctoral research project that aims to investigate some roots of the formation of the notion of subject of Law in the context of Latin American colonialism, mainly in Brazilian context. In fact, the work is an attempt to associate the contributions of Legal History to reflections of Philosophy of Law concerning the recognition of the other for the construction of legal intersubjectivity. 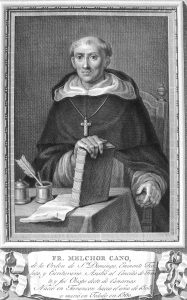 Melchor Cano (1509-1560) is one of the most important authors of the School of Salamanca: at the age of fifteen he entered the Dominican Order as a pupil of Francisco de Vitoria in Salamanca. At the age of twenty-five he received his first theological chair in Valladolid; after the death of his academic teacher Vitoria in 1546 he took over the renowned chair of Theology in Salamanca himself. His main work, De locis theologicis, published posthumously in Salamanca in 1563, is the fundamental work of theological knowledge of modern times and represents the first complete programme of Catholic dogmatics as an independent discipline.

A Spanish translation of this pivotal and complex work of modern theology was presented by Juan Belda Plans in 2006; Elmar Klinger, Thomas Franz and Boris Hogenmüller completed a German translation, the publication of which is still pending. The discussion will focus on the special requirements for the interpretation and translation of theological texts of the School of Salamanca, the specifics of early modern Latin and the significance of translations in the modern reception of the School of Salamanca.

Discussion languages are Spanish and German. 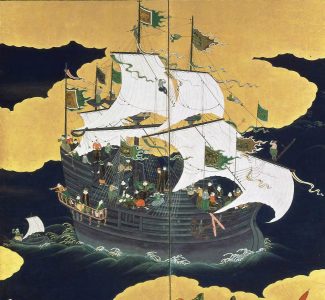 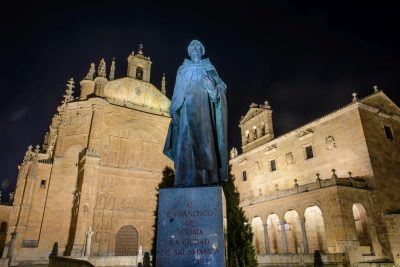 Juan Gil Fernández de Nava († 1551) studied theology under Francisco de Vitoria in the 1530s before becoming himself a professor at the University of Salamanca in 1538. When in the last years of his life Vitoria could no longer fulfil his lecture duties due to health reasons, it was Nava who stood in for him. From this lecture context originates the manuscript, which is now kept in the Vatican Library and whose edition and Spanish translation Simona Langella is working on during her stay at the MPIeR. The encounter with Nava allows a more detailed look at the intellectual panorama of the University of Salamanca in the 1530s to 1550s.