The writings of Erasmus of Rotterdam (1466/69–1536) exerted a significant influence in 16th-century Spain. Based on classical and recent historiography, the present essay examines this religious and cultural phenomenon, with side glances at Luther: After sketching out the life and work of the Christian humanist, the second part deals with Erasmianism in Spain from its widespread reception in the 1520s (at the royal court, at universities and in translations) to the inquisitorial persecution of its followers since the 1530s. Thirdly, newer research trends are discussed that both correct and further develop the classical image shaped by Marcel Bataillon, also with regard to the ambivalent relationship between scholasticism and humanism. To demonstrate Erasmus’ influence in New Spain (Mexico), the final part of this essay turns its attention to the attitudes of (arch)bishops and friars as well as to early colonial case studies.

END_OF_DOCUMENT_TOKEN_TO_BE_REPLACED 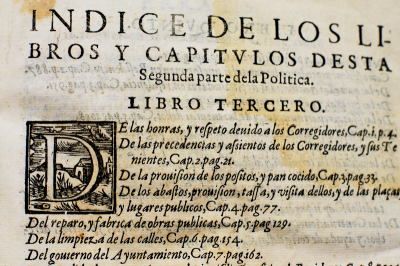 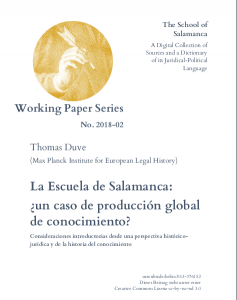 Ideally located in the writer’s position of the voice «contractus (& quasi contractus)» of the Dictionary, the author of this paper tries to discover the difficulties that his drafting could imply. The difficulties encountered come mainly from the chronology and the diversity of profiles between the members of the Salamanca School that deal with contracts, from the unusual historical and material extension of the elements they work with and from the need to understand their methods, their initial assumptions and the aims they pursue. At the end, some practical considerations are offered to the voice’s drafting.