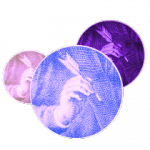 Starting from experiences of the the philosophical and legal-historical project «The School of Salamanca. A digital collection of sources and a dictionary of its juridical-political language», this article discusses an experimental approach to the Semantic Web.1 It lists both affirmative reasons and skeptical doubts related to this field in general and to its relevance for the project in particular. While for us the general question has not been settled yet, we have decided early on to discuss it in terms of a concrete implementation, and hence the article will also describe preliminary goals and their implementation along with practical and technical issues that we have had to deal with.