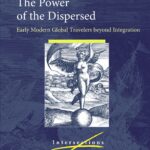 Analysing in detail the writings of jurists and moral theologians trained at Salamanca or at the recently created Spanish American Universities, José Luis Egío shows in his most recent publication how the experience of the foreign lands became END_OF_DOCUMENT_TOKEN_TO_BE_REPLACED 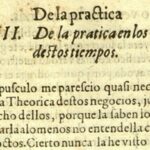 The research on probabilism and its emergence, which for the last few decades seemed to be exhausted subjects and restricted to the niche of a highly specialized philosophical literature, has recently been revitalized by the publication of the monographs of Stefania Tutino (2017) and Rudolf Schüßler (2019). As a complement to these recent investigations, this article deals with the important role – not taken into account by the old and new historiography – that Tomás de Mercado, a theologian trained in Mexico and Salamanca, played in the emergence of probabilism as a philosophical current and as a proposal for the renewal of the methods practiced in the moral theology of the time. END_OF_DOCUMENT_TOKEN_TO_BE_REPLACED